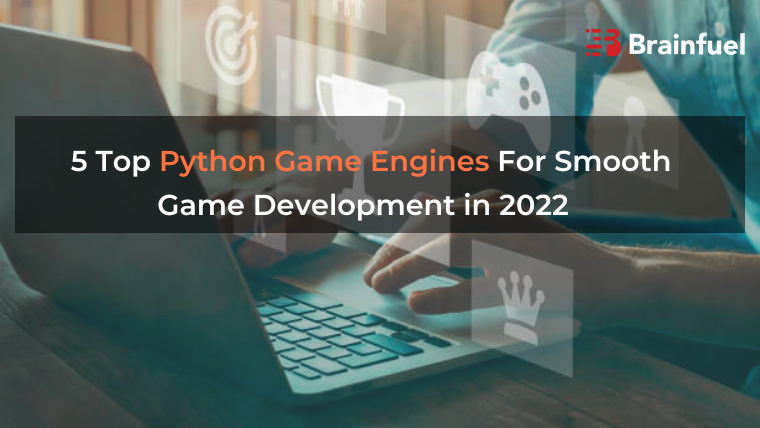 Games are one area that attracts every human being, irrespective of age and gender. In the current era, gaming is one key area that every company wants to either invest in or develop games. Many popular and trending programming languages are used by developers to build impressive and quality games. If your company wants to top the charts of newly released games at regular intervals, the best option is to prefer the Python language. Python game development is most effective because of the game engines that make the lives of game developers easy. They develop the best video games in today’s market. It also generates huge revenue for a company.

What exactly is a game engine?

Game engines also known as frameworks, which take the form of Python libraries that are installed in different ways. These engines are available from different sources, and the majority are available in the Python Package Index(PyPi). With the help of game engines, various 2D and 3D interactive games are developed. In this article, we focus on the top 6 game engines that changed the course of Python game development this year.

This is the top game engine or framework in 2022 that no company can ignore. It is an open-source and free programming library. This is a replacement for the PySDL library, where SDL stands for Simple DirectMedia Layer. SDL gives access to your system’s multimedia hardware components like graphics, audio, video effects, etc. The top games on the chart are made by using this game engine.

Once you install it, you are good to go. In the event of any issues, you can take the expert services of a python game development company.

A perfect framework to develop interactive 2D video games without any prior knowledge. One can design games with high-quality graphics and top-quality sounds. It is an object-oriented design that is built on top of Pyglet. It supports OpenGL graphics and Python3 type-hinting. The best thing about Arcade is the constant updates and strong support system that answer your queries about any issue, which ensures there are zero hurdles in the process of game development.

The installation guidelines for each operating system are mentioned on their official websites.

This engine is liked by most developers because of its ability to create a visual novel engine. With this framework, the game becomes even more exciting and interesting by enabling storytelling features and giving an enlightening experience with quality visuals and sounds. Ren’Py is not a complete Python game library, which makes the installation process a bit different. It is based on the Pygame game engine.

It is a free and open-source framework for developing 3D games using either Python or C++ programming languages. A few sets of Python bindings are used in the C++ programming language to build an interactive 3D game. This framework exposes the low-quality graphics used in the game. It allows a developer to build high-quality graphics. It is portable across various platforms, which is the best feature of this game engine.

Another framework that has recently gained popularity.This framework is for professional game developers and is an open source one. One can use innovative user interfaces to grab the audience’s attention towards your game. This is compatible with various operating systems such as Android, Windows, Linux, IoS, etc. It is the next and updated version of PyMt(Python Modelling Toolkit). This framework has a variety of widgets which support the multi-touch feature, which is an important feature for a good game.

Thanks to Python and its game engines, which made game development easier and more fun, There are various game engines apart from the ones mentioned above that can help your company in building interactive computer games. To get the most benefits from the above frameworks, small and medium-scale organisations prefer consulting a top-notch and successful Python game development company for various reasons. They ensure your company builds a game that can top the charts.

Brain Fuel’s Python game development is a one-stop solution for designing and building an impressive game. The services offered by Brain Fuel help any company to generate huge revenue in the gaming industry.

Why do we need GIS Application Development Tools to build top-quality GIS apps?