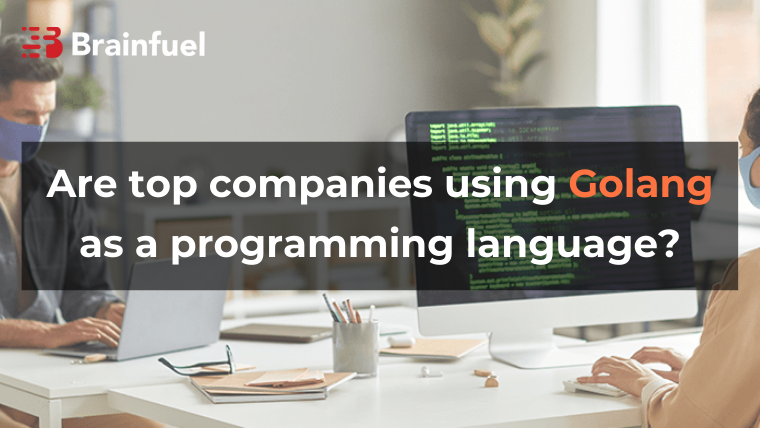 Golang is simply known as the Go language. It is relatively a young programming language that is still in its infancy. Companies using Golang in India have been exponentially growing at a rapid rate owing to the language’s simplicity and modernity. Like most popular programming languages, it is also used in many realms such as cloud and on-premise.

Companies using Golang find Go especially useful for large projects considering its host of benefits. It has replaced the traditional programming language C++. C++ is incompatible and intricate for the modern era.

Companies using Golang are famous and the reasons are the following

Companies using Golang also understand its power for creating codes. They can complete projects without delay and deliver the product to the market on time. There will be fewer errors along with fast coding. Besides, debugging is also very effective.

The simple coding of Go is one of the benefits for companies using Golang. They find it extremely easy to do programming. Golang saves the precious time of developers.

The simplicity of Golang makes it easy to learn for new programmers. Many free tutorials and documentation are available on the internet.

Anyone can use Golang anytime using its support online like Forums. It is open-source software and has a great community to support the language.

Golang was invented by Google and it also uses the language for internal projects. Google uses this in Youtube and Google app engine.

Uber’s geofence service works in Golang. Geofence works precisely and locates the place instantly. Owing to its high reliability, it has been a success since its implementation.

Twitch also uses GO for its live video systems, It appreciates the Go language for its simplicity and authenticity. Like other companies using Golang, Twitch also finds it easy to use and has fewer problems while chatting or live video streaming.

Dropbox is known as a renowned cloud service provider in the world. The company uses Go for effective scaling. To accomplish this, Dropbox started inventing its own libraries to support the language and it improved overall functioning.

Along with Ruby on Rails, Golang is also used by Soundcloud. The one problem one solution mindset of Golang is appreciated by the company’s engineers. Fast compilation and static typing enable end-to-end high performance. The company uses at least 6 services and several repositories in Golang.

In short, the Golang invented by Google seems to fit modern programming needs. More companies are embracing Go for its easy coding and the philosophy of one problem, one solution.

Why is Flutter mobile development seen as a cross-platform friendly programming language?

What are the uses of GIS mapping services for business?