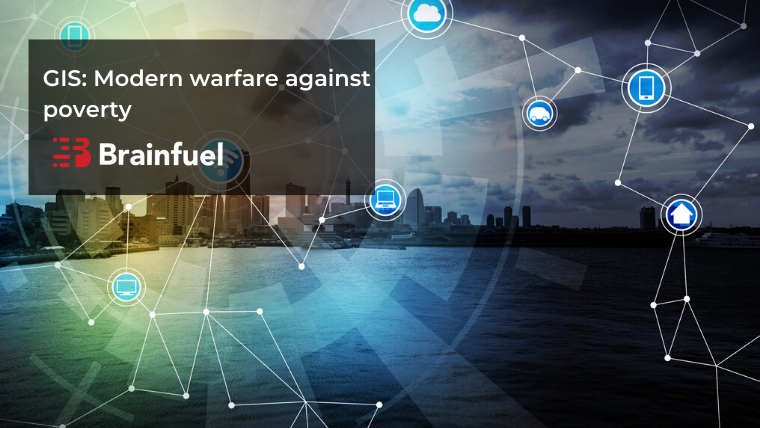 The UN (United Nations) had set some ambitious millennium goals to reduce hunger and poverty by 2020. The results until now are as follows.

The biggest takeaway for all these numbers is “extreme poverty rates have been cut in half since 1990”. The biggest and most brutal ally of UN’s war against poverty has been GIS. From using maps on our phone to find the shortest and least time-consuming routes to our destination, the use of maps has dramatically changed over the last few years. The use of GIS has meant a better use of funds, a better reach of services, better analysing and interpretation of data of predict and plan future actions.

The Red Cross, a humanitarian organization, uses Geographic Information Systems to identify neighborhoods across Africa at high risk of serious disease outbreaks in order to increase the efficiency of volunteers who conduct door-to-door visits to create awareness in such areas. Thus reducing disease’s spread and the crises that usually follow diseases.

In Ethiopia, the International Rescue Committee (IRC) used Geographic Information Systems technology to plan the construction of Alternative Basic Education (ABE) schools. The technology enabled the organization to maximize on the funding that it had received by reducing the labor costs that would have been incurred in selecting appropriate sites for the schools without the aid of GIS. IRC constructed ABE schools at 22 sites. The school is helping in transition young child laborers from poor families into formal educational institutions like primary schools.

Tata Consultancy is seeking to improve rural electrification in India by scaling up the use of microgrids. Tata researchers have come up with a model known as the Reference Electrification Model (REM) that pools data from a variety of sources including satellite images. The model will enable planners to provide the lowest-cost electrification option to potential clients in rural areas be it microgrids, solar power or grid extension.

This just shows how useful can GIS be a force for real world solutions to real world problems. As more and more uses of GIS can being introduced, GIS is a technology that shows no signs of slowing down anytime soon.