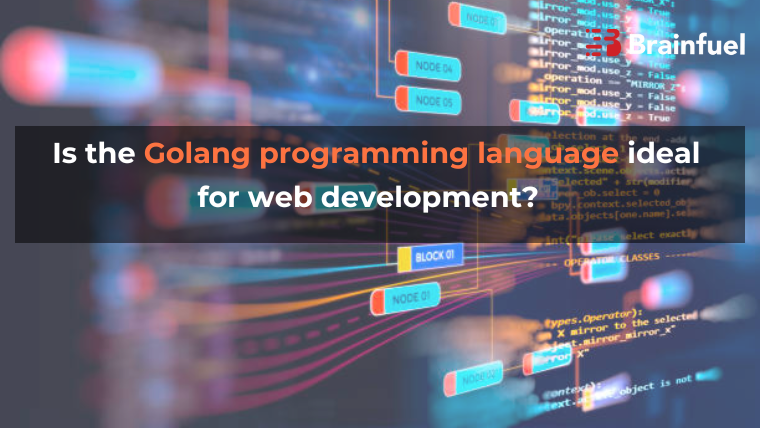 In the web development industry, there are powerful programming languages that help developers develop websites or web apps. A website or web application is key for any business to survive in this digital era. The determining factor for a good website is its user interface. A simple UI gains more audiences, which increases the growth of the business. The web development industry is never-ending as it requires constant updates, maintenance, etc. to improve efficiency. Golang is one such language with this ability when compared to other languages like Python, Java etc. Golang Web development is preferred by many companies for new projects.

Golang has inbuilt standard library support, which makes the process easier, quicker, and more convenient. Top programming languages use web application frameworks to reduce the burden on developers. Golang websites can be developed without using a web framework as Golang mixes older framework properties and binds them into a single package. Still, there are Golang web frameworks which can speed up the process twice. But the company has to decide whether the framework is required or not. To utilise the framework effectively, companies prefer the expert services of a top-reputed Golang Web Development company.

Golang web developers require a Golang compiler to start developing the website as the inbuilt features of Go already have a web server and a net/HTTP package which is required for website development. Still, the process becomes complicated as we go further, but Golang developers have an advantage as they have ample time with the unique features of the Go programming language created by Google.

Golang’s simplicity helps for effective backend development as it has fewer priorities compared to other backend languages. Golang focuses on readability and maintainability features, which makes developers’ work easier and simpler.

This feature is key in the web development industry. Concurrency enables us to leverage the multiprocessor architecture and the ability to tackle multiple user requests at the same time. The projects built using Go have the best concurrency capabilities built in. This improves the scalability of apps, which is beneficial for a company.

Golang has enough packages in its standard library to help developers build effective web apps. The library has pre-written code, which makes coding simpler and easier. This language helps freshers who are new to web development.

The compilation nature of the Golang programming language makes it ideal for web development. With the help of the Go-compiler, developers can compile code quicker. The compilation speed is better than in other languages like Java, PHP etc.

Brain Fuel’s Golang web development company is a one-stop solution for designing and building top-quality web applications. The services offered by Golang expert professionals at Brain Fuel help any company to complete any Golang web projects with ease and effectively.

How to handle errors effectively in the Golang language

Why do we need GIS Application Development Tools to build top-quality GIS apps?