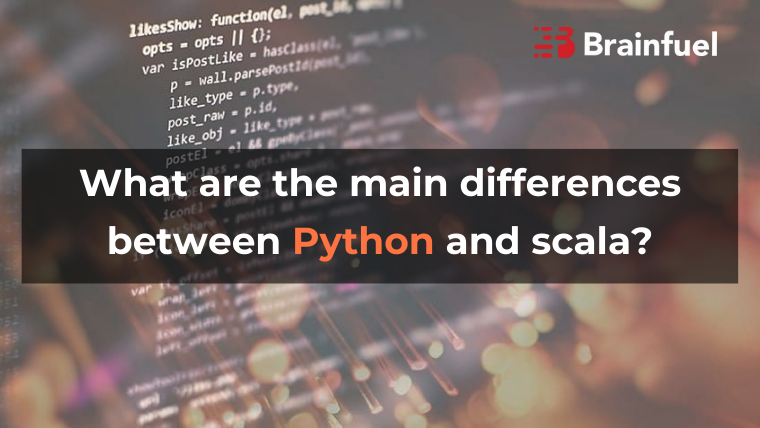 Python and Scala are emerging and developing programming languages, popular around the world. Both have their own unique characteristics and differences to count on. Selecting a python app development service or scala development depends on several factors such as the nature of the web application, business type and specific features to include.

Both Scala and python are used to build web applications. They are both accepted and loved by developers across the globe. Both are open-source languages and highly scalable in nature. Python app development services are more preferred over scala by some and vice versa. Before looking out the differences between Scala and Python, let us dig in detail.

Top differences between Scala and Python

Scala is a compiled language that shows 10x times faster performance than Python. But, Python allows the developer to develop an application swiftly reducing compilation after each change.

Both the scala and Python require different tools to run but are available on multiple platforms. Scala needs Javabtecode in order to properly run and Python needs a python interpreter.

Both Scala and Python are highly scalable languages and are used in different applications. Scala does not have any multiple libraries to be used in applications such as ML, AI and data science. So, Python is the most suitable language for such applications. On the other hand, Scala is widely used for big data processing and useful for data science teams.

Both Scala and Python have their own unique features. Mainly all features of the Python language makes it an ideal choice for faster web development. That’s why the python app development service is more popular than Scala web development.

The usability of Python makes it a great choice for applications GraphFrames and Graphx.  Scala has a real-time checking system that detects any errors in the code as soon as possible.

What are the top frameworks used by companies using Golang?