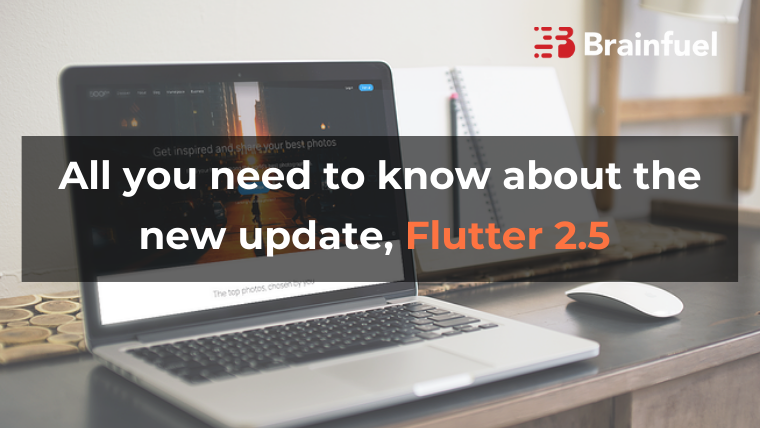 Flutter is an open-source programming language that has a mobile framework to support both Android and iOs operating systems. Its cross-platform friendliness and powerful toolkit make it appealing for mobile app development. The open-source mobile framework of Flutter mobile development was launched in 2017 May by the search giant, Google. With Flutter, you can easily build native applications with a single codebase.

Dart is the programming language used in Flutter. It does not require any additional templating languages such as XML and JSX. Flutter mobile development is used for client and server-side application development. The young programming language, Flutter is easy to learn and has great potential when used in the right way using the latest updates.

What’s new in the update

Flutter mobile development is very popular among developers. Likewise, the end-users also find it is flexible because of its seamless user experience. Flutter 2.5 is a big release in the series of updates and launched on 9th August 2021. So far, it has created great momentum in solving 4600 issues. Apart from resolving major issues, it also has many new features such as V3 support, fullscreen support, flexible keyword support, a meticulous view of widgets with widget Inspectors and so on. All brand new features are captivating for any tech nerd or coding enthusiast. With Flutter 2.5, creating the best-class cross-platform application is pretty easy.

Flutter 2.5 also excels  in performance.  It has been improved since its release. Now, it is very easy to add dependencies in visual studio code projects. The new update has improved the garbage collection and latency between the object-oriented programming language Dart and Objective C.

Which ML tools and algorithms help to deliver the best machine learning service?