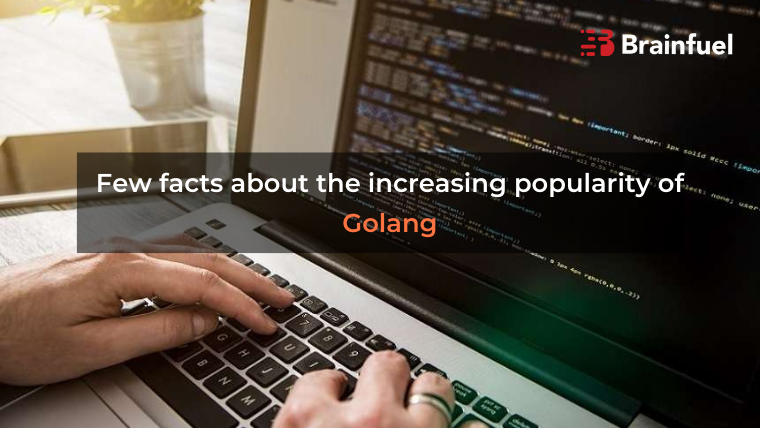 Though this is the case, a 2019 survey conducted among a large crowd of Go developers revealed that a vast majority of them (almost 59%) were still in the process of learning the new language despite they had been with Go for almost 2 years. This clearly indicates that Go has a long way to go in becoming more popular and widely accepted in corporate environments. Read on to know more about the reasons for the increasing popularity and advantages of this easy-to-learn programming language.

Golang syntax is simple and clean

The golang syntax has the advantages of both C and Python and has a useful garbage collector. Go supports structures and there are no objects. The language supports interfaces and compositions but not inheritance. One of the main advantages is that developers of golang development services don’t have to get concerned about referring to the methods while having a pointer to a variable. Go is typed statically and is nonstrict because of the interface.

Go is scalable and effective

Developers who undertake golang development services find that the compilation is steadfast when compared to other programming languages. The credit goes to the superior memory management and dependency level of golang. You must note that the runtime performance of golang is the same as C and C++ giving it an edge over other programming languages. Go is certainly much faster when compared to the competitors in terms of scaling.

Easy to learn and most used language

Go is the open-source language that is now widely used by developers for golang development services. Learning and performing coding with Go is a simple to learn and easy task for the developers.

Security features must be of top priority while using an open-source language such as Go. It is highly recommended to understand the basic pitfalls and focus on enhanced application security testing solutions AST while developing applications based with Go. You can also refer to secured coding guidelines to get a clearer picture of the security features.

Brainfuel Solutions is known for delivering innovative business solutions by providing result-oriented business process automation tools and strategies to our global clients. Being one of the most trusted golang development services in India, our skilled team provides you with effective technical solutions to scale up your business.

How to get started and why to use Golang